I returned to my hometown of Toledo, Ohio, to attend my Dad’s funeral this week and was saddened not only by the event, but also by the fact that my hometown has become a picture of an aging, depressed and rusting Midwestern city. There has been very little growth, very few new buildings and tons of old buildings that are now abandoned.

An attempt has been made to breathe new life into the downtown area with the construction of a new baseball stadium, convention center, and a new bridge across the Maumee River. I was, however, able to seek some solace in the food.

As a kid growing up, I have fond memories of driving across the river to what was later made famous by the TV character Klinger on MASH, Tony Packos. It was a real treat to eat their famous hot dogs, stuffed cabbage rolls and baked ham sandwiches. Packo’s, as we called it, was quite a distance from where we lived so it really was a special occasion when we visited. 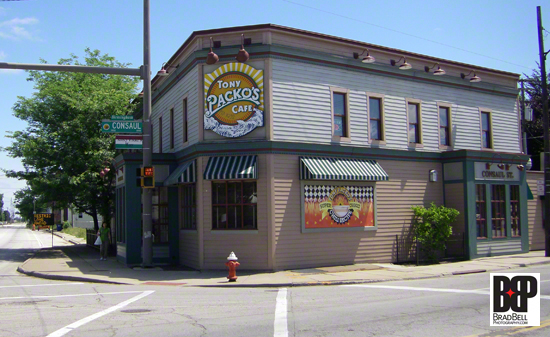 I’m very happy to say that the Hot Dogs are just as good today as they were 35 years ago. The chili sauce is the first thing you smell when walking through the door. Occasionally it’s a good thing that some things never change. 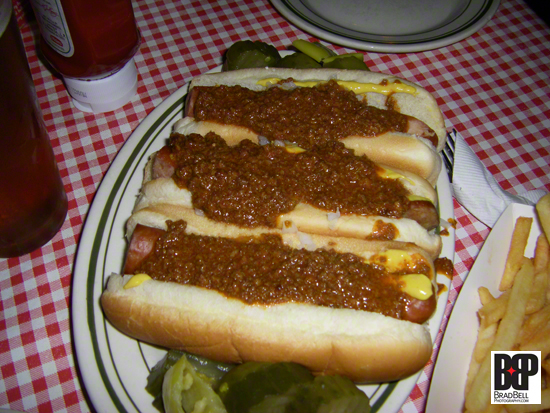 We also treated ourselves to dinner at my Dad’s favorite restaurant, Mancy’s. Not unlike Packo’s, Mancy’s hasn’t changed a bit since I was a kid. The steaks are still the best in the area and the service remains outstanding. Mushroom caps stuffed with crabmeat are always a great start to an excellent meal.

The values have remained as well. I was surprised to find a Cosmo for $6.50 after recently paying as much as $18.00 for the same thing in New York City. The entire meal, including a cocktail, appetizers, salad, steaks and two glasses of wine was under $100.00. In Atlanta, that meal would have been $150.00 and it wouldn’t have been as good. 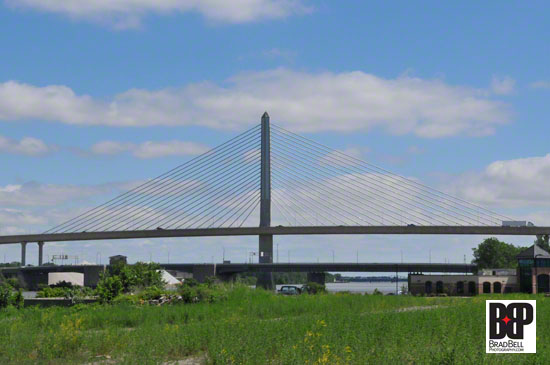 So, it’s true. You can’t go home again. At least you can’t go back and expect things to be the same as they were when you grew up there. In the case of Tony Packo’s and Mancy’s, change would not be good. In the case of Toledo, Ohio and neighboring Temperance, Michigan, where my Dad lived his entire life, change has come because my Dad is no longer there telling his stories and smiling at everyone he meets.

This entry was posted on June 29, 2011 by Brad Bell Photo. It was filed under Food, Love, Photography, Travel, Uncategorized and was tagged with BradBellPhoto, food, love, Steaks, travel.