As the largest city in Australia, Sydney boasts the recognizable Sydney Harbor Bridge and the iconic seashell shaped Opera House. It is also the capital of the state of New South Wales. Sydney is a relatively young city, having been first settled as a penal colony for Great Britain in 1788. The actual continent of Australia had been inhabited by the indigenous Aboriginal people whose presence dates back to more than 50,000 years ago, long before Adam and Eve! Captain Cook basically stole the land from the Aboriginese and claimed it for the British Crown. Shortly thereafter, gold was discovered in the landscape and a boom began causing the population to skyrocket. In 1840 there were 35,000 people in Sydney and that number grew to 5 million by 2015. 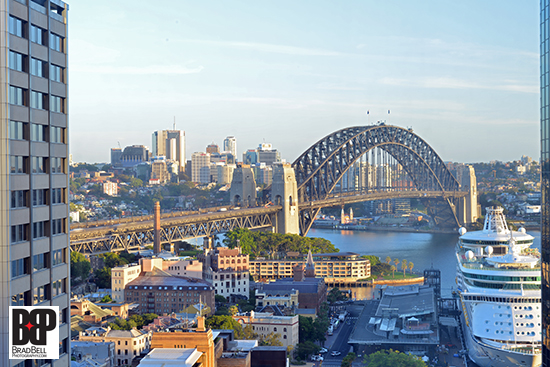 As a stimulus to the local economy during the depression, the Sydney Harbor Bridge was proposed to fill jobs for 1400 people. Begun in 1928 and finished in 1934, the bridge became the first iconic symbol of the city of Sydney. Then in 1959, a design contest was announced to create what would become the globally recognized Sydney Opera House. Hundreds of architects submitted their proposals and most were dismissed. Then, a Finnish American architect Eero Saarinen was brought in for his creative opinion. Having discovered a stack of discarded proposals, he began looking through them and uncovered the plan he liked the most. Danish architect Jorn Utzon’s design was truly unique and represented exactly what Saarinen thought Sydney was looking for. As is typical with building projects, the venture grew over budget, went way past the original deadline and was filled with architectural issues that had to be resolved along the way. Sadly, when a new board of directors took over in 1966, Mr. Utzon, the original architect was fired and would not see his work of art to completion. 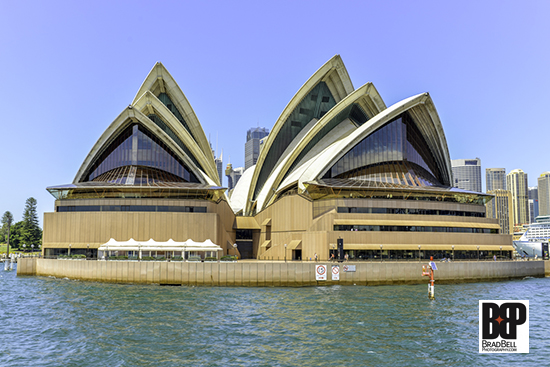 The facility includes 2 small venues for productions seating 200-300 people, the main Symphony Hall which seats just over 2,000 people, the Dame Joan Southerland opera house which seats about 1800 as well as 2 restaurants. The staircase in front of the venue was also designed to act as an outdoor amphitheater and hosts many events throughout the year. The glass panels in the windows are all angled to allow the most light in from the harbor without the reflection that horizontal panels would produce.

The one million tiles covering the façade of the “shells” are white, beige and both glossy and matte finished. The building clearly had a ton of thought and planning brought to it by Mr. Utzon who was only brought back to the project to make a few minor modifications many years after the facility was finished and open to the public. A tour of the Sydney Opera House is a must-do for any first time visitor of Sydney.

The Taronga Zoo in Sydney is also remarkable in that Australia is home to more than 3,000 endemic species of animals that most Americans have never seen. Koalas top the list in popularity, but kangaroos, wallabies and the Tazmanian Devel are all quite popular exhibits. Across the bay from Sydney, you get both a zoo visit and a gorgeous boat ride for the same price. Definitely worth doing when in Sydney.

Being a harbor town, going to the beach requires another water transfer. Manly Beach is the most popular destination for surfing, swimming and soaking up the sun. The fast boat is just an 18 minute ride from the Quay in Sydney to the port in Manly. A one block walk and you’re at the ocean. Fast food prevails but if you’re in the mood for something more substantial, The Pantry at Manly is outstanding and situated in a non-descript building right on the beach. Their salads, pastas and wines are to die for. 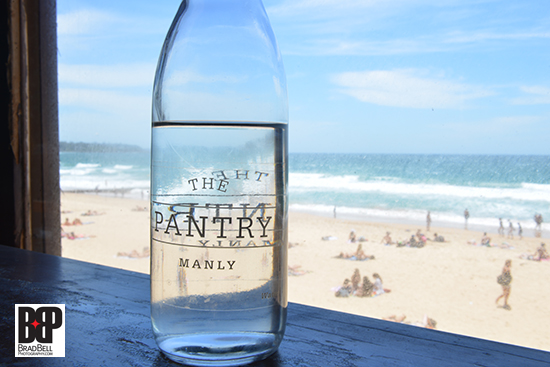 The dinner scene is Sydney is across the board. Waterfront dining is lovely and a bit more expensive than fast food, but foodies can find everything from popup style boutiques in suburban neighborhoods to gourmet (priced accordingly) venues in old banks and rooftop office buildings. It all requires a bit of managing your expectations as this is NOT New York City or San Francisco and although the people are mostly very friendly, the level of service and the presentation/quality/price of their food takes a little adjusting to. Overall the food is a bit more expensive than we thought was justifiable. I am a lobster lover and rarely pass it up, but I was not willing to shell out $200+ US dollars for a Lobster Newberg dinner, even at 2.2 pounds. 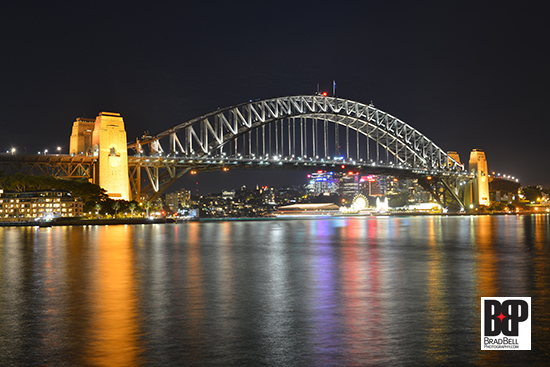 A quick 20 minute ferry ride to Darling Harbor reveals a sprawling waterfront area growing with several new apartment and condo buildings, as well as restaurants and supporting retail. The city has grown tremendously since our last visit 20 years ago and if they can keep their transportation options up to date to accommodate the continued growth, Sydney will remain one of the 15 most popular tourist destinations in the world.

This entry was posted on February 17, 2017 by Brad Bell Photo. It was filed under Australia, Beach, Blogging, Sydney, Travel .